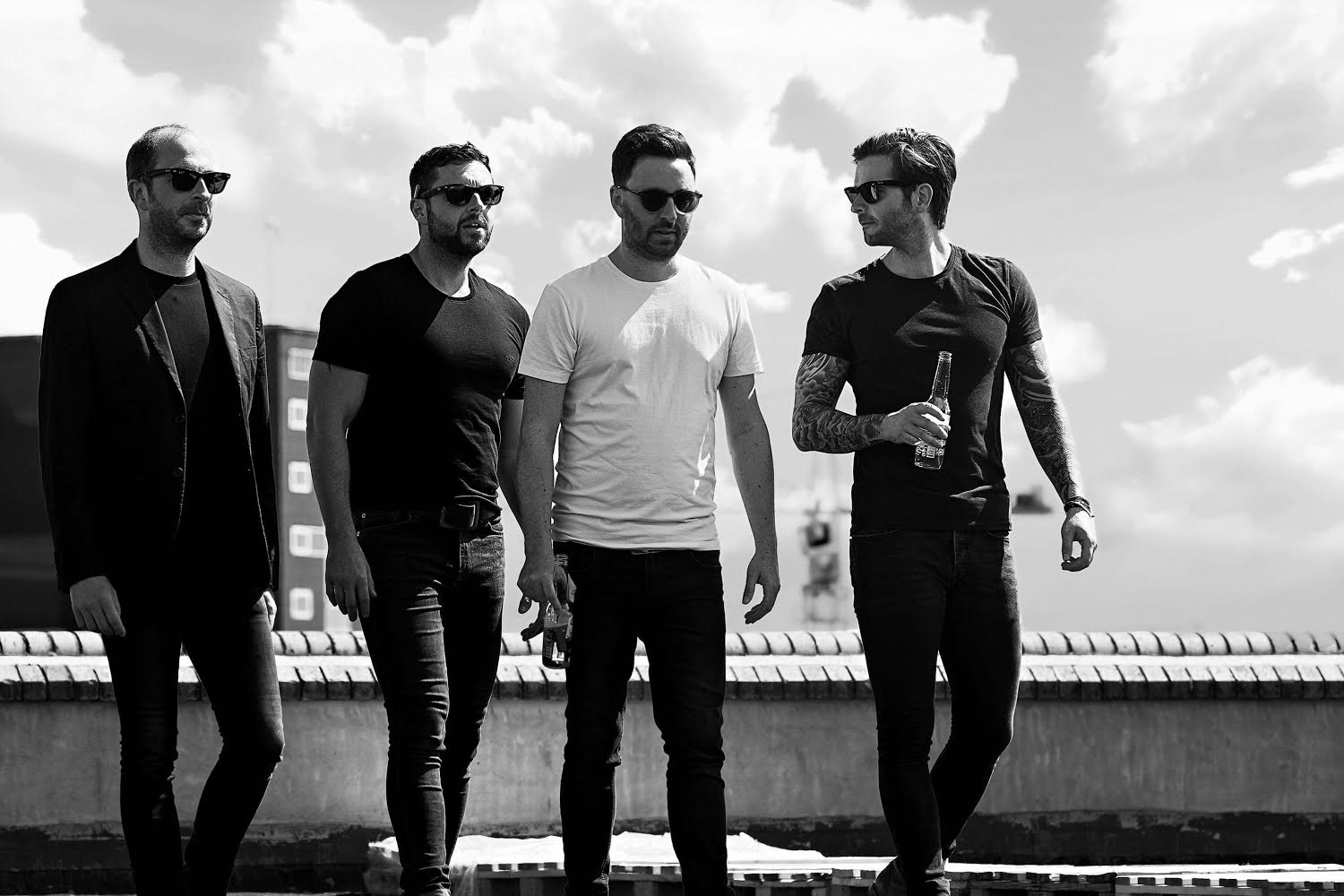 Ahead of their debut album ‘The Famous’ I managed to catch up with H from MASK to discuss all things music! Hope you enjoy the Interview!
Where did your band name come from?

We were going to be called a band name that had already been taken by an Aussie group but it was becoming a bit of a logistic nightmare!   I was on the phone to a friend saying what a drama it all was and then a street vendor put this musical mask thing up to my face – I bought it there and then and sent the message out that we were to be called MASK… No-one argued so that was it.

What made you want to get into music?

We actually started playing music together about 14 years ago but we were a band that never got started.  We didn’t want to live with the lifelong regret about what we could have achieved so we got our act together – only took about 12 years…

Best venue you’ve ever played and why?

I’m actually going to say my very first gig which was at a local theatre in Belfast.  I was asked to play a tribute to David Bowie who had just passed away that week. Im a huge Bowie fan and I get chills just thinking about it – its fair to say I was thrown in at the deep end for my first outing…

One band/artist you’d love to support?

Rolling Stones – I saw them recently in Dublin and the support act was awful!  Can’t remember their names.

I actually really like “In my life” by the Beatles.

The best album that you’ve heard this year?

Our new one “The Famous” haha…  It was the end of last year but I’d say Noel Gallagher’s – Man who built the moon. – Listen Here

Most overrated band/artist of all time?
Ed Sheeran.

What was the last song you streamed on Spotify?

Im not actually on Spotify – we play the game and have our music on there but I like to own music rather than rent it.  Last album I bought was Band of Skulls latest one.

Which three artists/bands should we be looking out for? (Musically not for Criminal Offences)

I have no idea!  Im still finding undiscovered songs from the 60’s and 70’s…

What do you want to accomplish next as a band?

Well our new album “The Famous” is to be released on August 31st – its a raw, foot stomping rock/blues album mainly with a bit of tenderness thrown in for good measure.  We have gone up a gear in every aspect from our debut EP. We definitely aren’t a “cool” band and we don’t take ourselves seriously – but the music we want to just get better and better at.
Just would like to say thanks once again to H from Mask for taking the 10 Questions on. Make sure you follow them and check out their music!
Follow Them! – Twitter
Debut EP ‘The Truth’ –  Listen Here

A Chat with Rianne Downey | Interview

The Lottery Winners Talk Their New Single, Their Upcoming EP and *That* Nickelback Cover | Interview