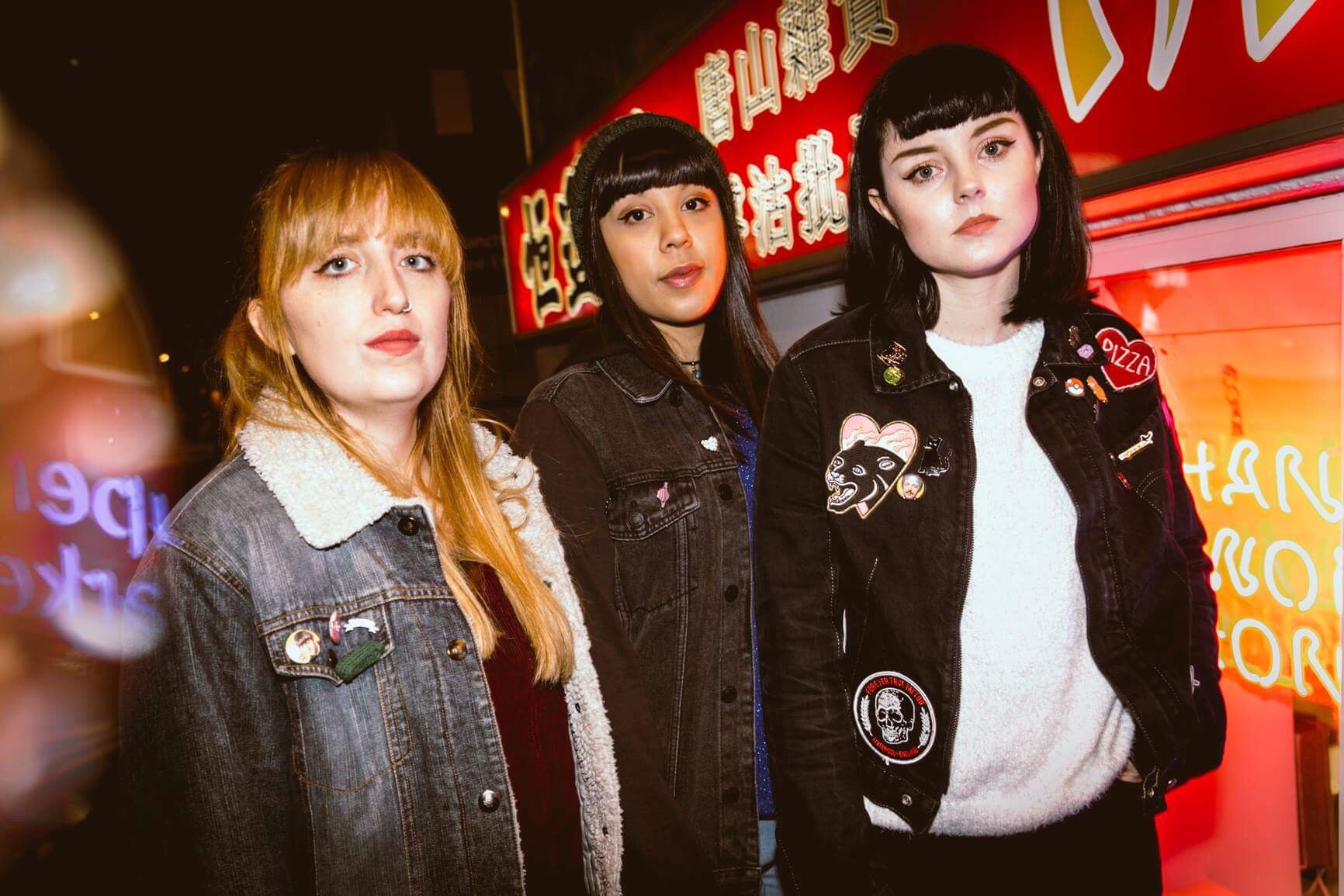 With their gig at The Sunflower Lounge coming up in April, I managed to steal some time off Peaness member Jess to answer some questions!
First of all, last year was a very eventful year for you guys with you playing a ton of shows and supporting some amazing bands like The Big Moon & The Cribs. Which shows really stood out for you last year and why?

Hi! Thanks for getting in touch. Jess here!

Yep 2017 was pretty amazing for us and we had lots of amazing gigs, it’s difficult to narrow them down (and to recall them all!) but the shows with The Cribs were definitely a great way to end the year. We also had a couple headline shows in Manchester, the biggest being in the Soup Kitchen (which reached max capacity!) and to have so many people come and support us, especially away from home, was very special. Festival season was great last year as well, we played 2000 Trees, Truck, HANDMADE and main stage at Indietracks. To play big gigs like that really made us believe we’re actually an alright band!

I need to discuss with you about supporting The Cribs! I’m a huge fan of theirs, and when I found out you were supporting I was super excited. How did it come about? Am I right in thinking it was a last minute thing?

They literally messaged us on Twitter. Like “hey we’re the cribs wanna play some shows with us on tour? Peace”. Rach saw the message first and started freaking out in our little group chat like “GUYZ HAVE YOU SEEN TWITTER OMGOMGOMFG”. How could we refuse?

I also saw a picture of Gary Jarman wearing some very fetching Peaness gear, which was really cool to see. Did you get a chance to speak to the lads? Did they offer any advice going forward as band?

They were all super lovely and we were really glad they were so nice! You know when you meet “famous people” and sometimes you can be left disappointed because turns out they’re a dick, well absolutely none of that happened with the Jarmans. We got to hang out and eat their rider snacks, chat about bands and life being in bands, and being in a three piece band. Gary made sure he bought the tshirt as well which was a nice touch. They’re in our hearts forever.

This year has started off quite quickly for you as well, for example you supported the incredibly talented Indoor Pets for two shows, and it looks like you had a blast. What was it like supporting them? It must be so cool supporting bands that you enjoy and get on with.

Also another set of lovely people. We’re big fans of theirs and had been listening to them for ages, so to get to play a couple shows with them and hang out was awesome. I think we’re all life long friends now – at least I hope cos Jamie is an internet star and I want to be friends with an internet star.

I’m super excited that I’m getting to see you at The Sunflower Lounge in April! It’s also a headline show for you, which is even better. You’ve play the Sunflower Lounge before, what do you make of it, and are you looking forward to play there again?

We’re looking forward to returning to Birmingham, yes! Rach was born and raised in Dudley so it’s always special stopping at home towns. The sunflower lounge is quite pokey and intimate, so should be a nice atmosphere. Make sure to say hello!

You also announced a few festivals that you will be playing this year including Distortion, Sabotage and Handmade Festival! Which one are you looking forward to playing the most and why?

HANDMADE cos Indoor Pets are on the same day <3 We’ve got a couple more to announce soon too.

Maybe it’s me being impatient, but are you guys looking to release any music by the end of year, I really enjoyed your debut EP ‘Are You Sure?’ last year but i’m craving more music!

On the subject of ‘Are You Sure?’ now it’s been out there for some time now, and you’ve had some time to reflect on the release, are you happy with how it’s been received? And what would you do differently for your next EP?

I think it’s done us well! We never really thought our band would come close to the level we’re at now, so we weren’t thinking about it too much at the time. For future releases however I think we’re going to take our time a bit more.

I know this is a bit out of left field. But last year was a great year for music, were there any particular albums that really stood out to you, and perhaps even any that influenced you?

It was a great year, off the top of my head a couple of my personal favourites were Andy Shauf – The Party, Alvvays – Antisocialite, and Phoenix – Ti’ Amo. But I think the state of the word influenced us more with our writing.

And in asking that, are there any albums that you’re particularly looking forward to this year?

With us being 3 months into 2018, what will make this year a successful year for Peaness? What would you like to accomplish by the end of the year?

Thanks so much for taking the time out Jess to answer these questions! You can buy tickets to all of Peaness’ upcoming shows in the links below, they’re all over the place so there should be one near you!

A Chat with Rianne Downey | Interview

The Lottery Winners Talk Their New Single, Their Upcoming EP and *That* Nickelback Cover | Interview