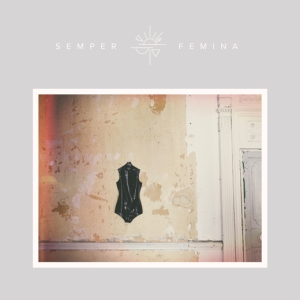 Laura Marling returns with her sixth studio album Semper Femina which has been short wait since her last album Short Movie which was released back in 2015. Laura has been releasing a steady amount of albums slowly building up her body of work, as there has only ever been a maximum wait of two years until her next record. What’s more impressive is that all of Laura’s work has been to a good level, as she very rarely slips up with one of her projects withholding a consistently high standard. After her critically acclaimed album I Speak Because I Can (2010) and Once I was an Eagle (2013) there seems to have been a heightened spotlight, making this album an intriguing release.
Instrumentally and melodically the record is near perfect, there are so many layers on each song and they all work together so well which is incredibly impressive to once again get this aspect so right, and to fit Laura’s vocals like a nice pair of new jeans. The opening song ‘Soothing’ is a perfect example, the drums have this erratic rhythm that sits well and gives the song some identity. ‘Always this Way’ also has this great melody and is crafted so well with Laura’s fingerpicking on the acoustic.

Unfortunately the lyrics on the album seem to be the weakest link, although it has its strong points with ‘Wild Once’ and ‘Nouel’, its weaker points stick out like a saw thumb. ‘Wild Fire’ is the culprit here as it has these folky clichés that come off cheesy and distasteful, which also can be heard in ‘Don’t pass me by’.
When Laura gets her story telling juices flowing and opens the book of her mind she can really weave some intricate tales together, which has become something to expect. As previously mention ‘Wild Once’ deals with the struggles of growing up and that we should all remember that we were young once, a simple topic but easily relatable, similar to drinking hot drinks, we’ve all taken part.
The album is a fine piece of work, but when compared to Laura’s previous work it doesn’t have that spark throughout the album which is so vital. One again though she’s created another album which is still much better than average, so her consistency continues, yet you cannot help but wonder when her next diamond in the rough will surface.
6.5/10
Words by Alex Wise @AJWise
Favourite Tracks: ‘Wild Once’ , ‘Soothing’ and ‘Nouel’