Now let me introduce you to Light Parades, a small indie/ alternative pop band from London and Norwich, so especially just for this band let’s say, Lonwich. After forming in 2011 they began rehearsing some new songs that lead singer Daniel Hopkinson had been writing prior to the formation. After being together for a short while they took an unconventional step of beginning to record their debut album in Rockfield Studios with Producer/Engineer Nick Brine, and finally after a yearlong wait it was finally complete and they could flaunt it to the world.

Boys in the Band

‘Through all Times’ is a well-produced, thought out album that has been polished wherever necessary to create a very classy debut album that some bands would die for. Each song rolls on from the next with ease creating this album which is like one big long song that never gets boring. ‘The Grandest of Gestures’ opens the album up for us and lays down the sound, and the sound is one of wonder and magnificence as it never sounds amateur, as it hones this larger than life sound. 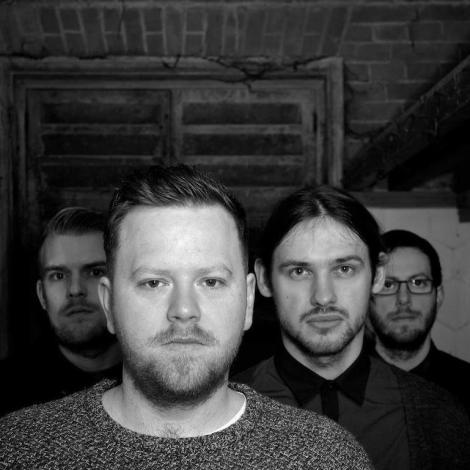 After three songs ‘Sparkle’ breaks the mould as it slows down the tempo, and this become slightly more serious as the guitar is more prominent and creates an eerie atmosphere that has tension in it. Daniel’s vocals are faultless throughout the entire album with him hitting each note with purpose and conviction with this underlying soft melody to it. The best example of this comes in the song which is seventh in the album entitled ‘A Delicate Tremble’ where his voice is stripped down and is pretty much alone in all of it, as the instruments taking a short break, until the ending of the song, where they produce an impressive ending.

The musicality and the composition of the album is something admire on its own as everything fits perfectly together, with nothing sounding out of place. This is ever present in ‘Let it Breathe’ where the piano is more prominent and mixes well with the guitar and the old drums. ‘Until I Sleep’ and ‘Don’t Let Go’ complete the album, and potentially are the two darkest songs on the album with every aspect, even the vocals making them relatively dark. However they still keep their style within it, as the piano is still important. Some bands can seem pretentious when completing songs/albums like this, as it never really works and it’s very easy to undermine and laugh at, but The Light Parades have done it brilliantly with professionalism and grace which has to be appreciated.

Light Parades don’t create memorable hook lines or catchy little lyrics and riffs that skip around your head for days, but they do create music that seems only accomplish-able by the music veterans of this world. They aren’t your typical indie/alternative band that fall about each other and sing about nights out, they set themselves apart with their sound and their ability to create an album like this on their first attempt. It’s rewarding enough to create an album, but creating an album like this is something to chuffed about, an album of wonder.