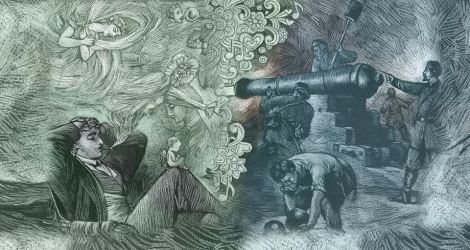 This review is a real testament to the dedication of some bands out there, and also the main reason why we enjoy doing this so much. This album was sent to us from Denmark, which means ever such a lot that because not only do I get to listen to these bands and review, but we receive the music for free, so thank you Vinyl Floor, it means a lot. So yes, a three piece alternative rock band from Copenhagen, Denmark. After starting out in 2007, the band has created a rather large portfolio of work, having released 2 albums, 2 singles and an EP. This says rather a lot about the lads, because some bands have been together for the same time and have only produced one album. They’re a very hands band as they’ve proven by creating their own record label so they could release their debut album ‘Do You Still Dream’, which is an achievement in itself. Trying not to go on for too long, but the band has racked up quite a lot of shows having played over 100, including 15 in Japan. To top all of this off they were on the official ballot for the 55th Annual Grammy Awards held in Los Angeles in the USA, regardless to the fact they lost, they were up against Jack White and Bruce Springsteen, so not the easiest of categories.

BOYS IN THE BAND 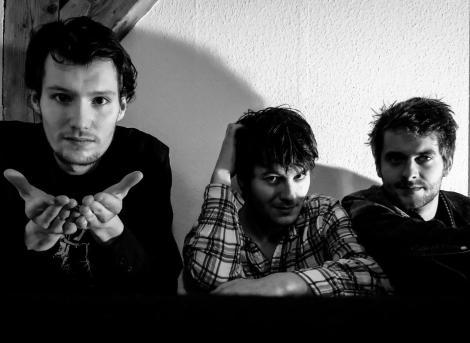 This album held a place in my car for a couple of months, as I was constantly revisiting it because I didn’t feel I hadn’t got everything from it. This is a promising sign for any piece of work, because if you only listen to something a handful of times, and you feel all have got everything from it, this shows that it hasn’t got a lot of depth and it’s quite boring. The intro to the whole album ‘Frames and Orchids’ is a long spectacular musical wonderland, which just drifts on, introducing Vinyl Floor as not your average three piece alternative rock band.  The album is split into two parts, Utopia and Dystopia, and the songs within that side are to represent Utopia or Dystopia. It’s an idea that they’ve worked well, and completed with thought put into every song. ‘Ghosts of England’ is the highlight of Side A (Utopia), as they sing a haunting tale, sending multiple shivers down your spine. The melodic ways of Vinyl Floor carry on throughout side A, with the vocals remaining graceful and opera like at each chance. ‘Written in the Cards’ is the softest on side A, with the first line of the song ‘All that I want and all that I see, Greets me and comforts me’, it also stands as one of the favourites on the album, as I found myself singing a fair amount of times. ‘Diverging Paths’ puts an end to Utopia, as the heavy drums burst in and the sense of doom looms over the song, Pedersen’s vocals are up to scratch once again in this one and they have to be because of how dramatic and eerie the song proves to be.

Side B (Dystopia) is a slightly heavier side, but they manage to maintain the same style they created within Side A, just with a darker twist. The opener for Dystopia ‘Force You Through’ is the heaviest on the album, proving their diversity with a ripping riff and a complete change of pace as they kick it up an entire notch. The two songs that lead after ‘In the Air’ and ‘Baton Rouge’ bring  back the pace, and have a certain Morrissey feel to them, perhaps not tackling the subjects old Mozza would, be there’s definitely a similar style here where there’s a lot more emphasis on the vocals and lyrics. ‘Dumbfounded’ proves to be another fiery number, with the drums crashing down on the first second, the lyric heavy song doesn’t follow the same format your average song, as it doesn’t rhyme, but it works so perfectly as it continues to tell you a story. Rather than going out on a bang, Vinyl Floor opted for the mellower and slow option with ‘Frozen Moon’ a beautiful piano piece which you would expect from something that’s dubbed ‘Rock’ music, and as it slowly drifts out there’s not a lot left to do but admire.

It’s by far the most accomplished piece of music we’ve ever been sent, the album is immaculate, and that’s just about the casing of the album. Each song has a separate picture within the lyric book, which again adds a nice touch to the whole thing. It’s the attention to detail in every aspect of this album I admire the most as they’ve left no stone unturned and made sure everything was complete the way they wanted it to be.