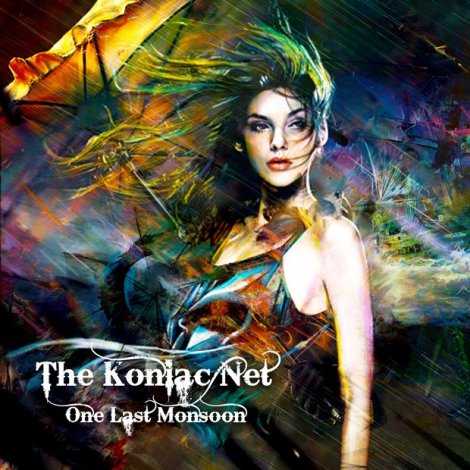 A first for us here at WFM as this is the first band we’ve featured coming from India. The Koniac Net have been compared to the likes of The Stills, Smashing Pumpkins, Toadies and Death Cab For Cutie, which you get hints of when you listen to their music. This started out as a one man project as David Abraham record these songs in his room, and when they were completed, he released them on Bandcamp.  Since the release of the new album ‘One Last Monsoon’, airplay hasn’t been unknown to them as it gained airplay over 80 radio stations across 27 countries. After receiving numerous requests to tour internationally, the Koniac Net transformed from a one-man-project to a 5-piece band in June of 2012. So in this five piece we have…

As an album ‘One Last Monsoon’ has a bit of everything, showing diversity and variances in every song. From the slow intro song of ‘(It’s Alright) Farewell’, where the guitar parts just seem to float and glide through the air to the upbeat catchy rhythm of ‘Maggie (A song for Brad)’. ‘This Time Around’ and ‘Divine Submersion’ give you the impression your sitting on some beautiful beach as the melody just is like a soft lullaby with David’s vocals just playing over the top of those. ‘Midnight’s Children (h.b.m)’ is possibly the darkest song to feature on the album and not only because of the song name. The guitar exercises a slightly heavier tone with David singing and howling over it, the end just bursts into a slightly more psycadelic sound with as the guitars just blare out and a little riff hides within it. With the repetitive intro and the nice riff at the start ‘Once, I ruled by myself’ proves to be my pick of the bunch on this album so far, perhaps because it feels slightly closer to my indie roots.

‘Simple’ is the softest track on the album with the acoustic guitar intro and velvet like vocals provided by David for this track, and just before it lulls you slowly to sleep another element to the song is introduced this heavy fuzz sound provided by the drums and you bolt straight back up and appreciate the track even more.  ‘Anesthetic & the withdrawal’ brings the album to a halt, but not before it gives you one more dreamy guitar riff along with David singing ‘I’m losing control’, with the vocals slightly reminding me of Jonathan Pearce at times and some elements of the song reminding me of The Drums, this song ends the album with dignity. The ending is long and continuing, but that takes nothing away from it as you continuously bob your head to it.

As a debut album I think David can be proud of himself as it only started out as a one man project and has turned into a five piece band touring, and being demanded in several different countries. Maybe now with a band behind him there will be some new ideas bouncing around the group and the follow up to ‘The Last Monsoon’ can upstage this debut piece.