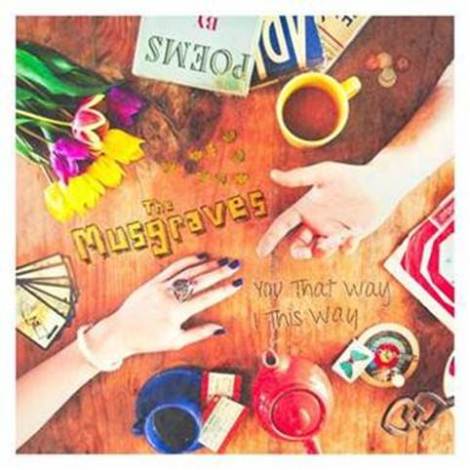 Close to home this band are with them coming from The Midlands, this four piece folk-pop group have songs that will stick in your head for a good week. The band have a unique line up with piano, violin, drums an acoustic guitar, no bass needed, and playing these instruments you have:

Since starting out they’ve had recognition from some of the big boys in music, with them bagging a track of the day from ‘Q’ Magazine as well as getting record of the week on BBC Radio 6, so not bad going for the band. Oh yeah, and they’ve also got recognition of Mr Graham Norton, with him using their song ‘Last of me’ on his BBC radio 2 show. Taking influences from The Beach Boys, Mumford and even a little bit of Motown, they’ve conjured up some toe tapping tunes. 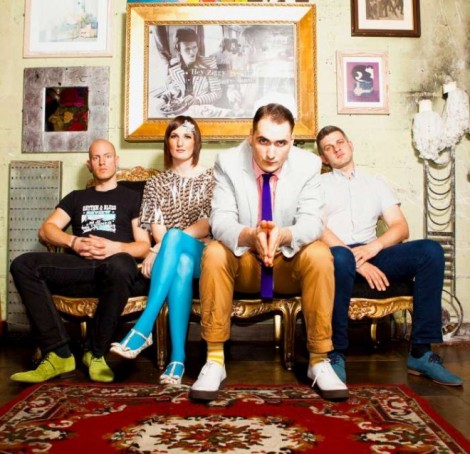 The best way to explain ‘You that way, I this way’ in a nutshell would be 11 little love stories with catchy melodies to accompany them. The album could be likened to a little book of love, taking you through the highs and lows of it all. The opener of the album ‘The way you make me want you’ is a great tone setter, by settling you back and gives you an insider to what the band is all about, which is upbeat rhythms, slick vocals and a very soothing violin to top it all off. The cliche love song ‘It’s you’ is a perfect display of catchy love song,without being too cheesy or in your face, no this songs walks straight past those comments and stays grounded as it tells you a brilliantly told story. ‘The last of me’ is probably the best song on the album, and you can see why this one was released as a single. The song has upbeat rhythm with the best vocal performance on the album, The Musgraves really come to life in this song with it being as catchy as the common cold, which is helped by the subtle little xylophone in the background. You could see this song sitting in the charts, and it wouldn’t look out of place, as it’s a great pop song. ‘So Sofia’ is the classic that most albums have, a song with a girls name featuring in the title, examples, The Beatles – Michelle, Paolo Nutini – Jenny Don’t be Hasty and Buddy Holly – Peggy Sue (Can’t help but love it), and this song doesn’t disappoint as it could possibly stand up next to ‘Last of me’.It presents all that’s best about The Musgraves, all the instruments coming in and working in harmony with one another, creating yet another catchy pop song, and when the ‘Oooo ahh Ohhh’ bits kick in, it’s fairly hard not to join in. As well as all these catchy, upbeat and inspiring songs, The Musgraves show their versatility with ‘Discover me’ and the closing song ‘Seventeen day’, with a slow strummed guitar just lying underneath Matthew’s hearty vocals. ‘Seventeen days’ is probably the best way that this album could have ended, with Matthew’s deep heart felt vocals being used to the up most dramatic effect with violin playing a crucial role to it all.

Overall this album is one to listen to when the sun is out, and you need something to put you in a good mood, this album will achieve that for you.